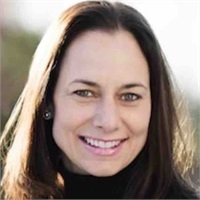 Carmen began her professional career in finance with the global investment bank, Houlihan Lokey as a financial analyst. After graduating from Columbia Business School with her MBA in 1996, she joined TIAA’s Securities Division as an Associate/Credit Analyst, where she managed privately-placed debt investments as part of TIAA’s $400+ billion assets under management.

In 2000, Carmen moved to TIAA’s public fixed income area as a Director/Portfolio Manager, and was part of the team that started TIAA’s first fixed income mutual funds.

After 10 years at TIAA, Carmen joined Sovereign Financial Group in 2006. Ms. Failla works for Sovereign in a consultative capacity, as its Fixed Income Specialist.

Carmen enjoys volunteering her time and expertise. She has been invited to speak, as an alumni guest lecturer, to the undergraduate Finance course at Cornell, where she has spoken to students about credit analysis.  Carmen was also a member of the Board of Directors for the Chinese Language School of Connecticut from 2012 to 2014.  Ms. Failla currently serves on the Board of Trustees of the King School in Stamford, CT, where her children attend school.

Carmen received her BS from Cornell University with Distinction in 1992 and an MBA from Columbia University in 1996.

Carmen and Chuck live in North Stamford with their two children. In her spare time, Carmen enjoys playing tennis on a USTA team, and has returned to her passion of riding and showing horses in hunt seat equitation.